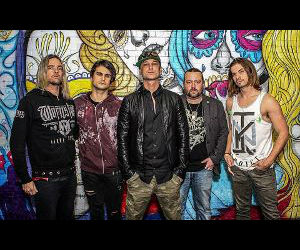 Hi Everyone, Happy Monday! We’ve put together some new video playlists on YouTube, personally created by band members Jeff, Cyamak and KC. Watch them HERE … and tell us what you would add! We’d love to hear about some of your favorite songs and videos too (and maybe we’ll even add some of them to the mix)!… Read more »

Go Red Wings! We’re excited to be a part of their games at Joe Louis Arena in our hometown! Listen for it tonight, and check it out below!

Rival City Heights is premiering the debut single and lyric video for “Take It Back” from the band’s upcoming self-titled album due later this Spring! Produced by Matt Squire (All Time Low, Panic! at the Disco, Hollywood Undead, Skindred), fans can get their first look and listen NOW. The single and lyric video have premiered on… Read more »